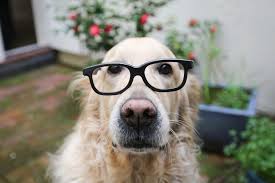 How Smart Is Your Dog? Test Your Dog’s IQ

Border Collies are thought to be the smartest breed, with Poodles coming in not far behind, but how do we rate the dogs and what is the decider for intelligence (or lack thereof)?

Officially, the three deciders for intelligence are:

Adoptive Intelligence – This is the dog’s ability to learn and perform certain tasks, like socialisation and language comprehension.

Recent research to determine the most intelligent dogs might not be entirely accurate though. No individual dog or breed should really be considered dumb, ease of training really shouldn’t be the only way to assess a dog’s intelligence. Training takes time and patience and every dog is different.

All dogs are bred for different skills and how smart any of them are always depends on the test. Herding breeds are considered amongst the smartest due to the nature of their work because they are able to make independent decisions and also take instructions. Hounds are considered amongst the least intelligent, but it’s mostly because their breeding means that they are governed by their noses. Hounds aren’t interested in listening or pleasing anyone else, they are just interested in tracking with their noses. For every breed there is a purpose and it is tempting to judge a breed by its performance in certain areas, though it doesn’t mean that they aren’t smart.

A border collie may be far more trainable, but a bloodhound is superior at tracking scents. They each have different skills and excel in their own ways.

Police or army dogs tend to be the German Shepherd Dog because they are easily trainable. Does this mean that they are smart, or maybe not so smart because they always follow instructions and don’t think for themselves?

There are various IQ tests to help you understand your dog’s intelligence and all of the relate to a dog’s “trainability” Dogs that do well on these tests are generally highly trainable, but these tests aren’t infallible. Some dogs are stubborn and their lack of cooperation has nothing to do with their intelligence. Some people say that the smartest dogs are the ones that wait patiently for a treat without doing anything!

See below for a quick IQ for your dog to say how clever your dog really is:

Scoring: 3 points if your dog finds it straight away, 2 points if he checks the wrong bucket first, 1 point if he doesn’t find it.

12 points: It doesn’t take brains to give cuddles and kisses!

9-12 Points: It doesn’t take brains to give cuddles and kisses!

5-8 Points: It doesn’t take brains to give cuddles and kisses!

1-5 Points: It doesn’t take brains to give cuddles and kisses!

It’s not fair to label any breed dumb. Some are brighter than others, but most dogs are good at something. Your job is to figure out what it is!