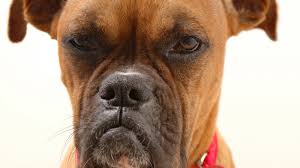 Dogs get jealous and a bunch of other facts you probably didn’t know!

According to scientists, dogs do suffer from jealousy, the same as humans. Researchers studied dogs and their behaviours and found that most were indifferent when their owners ignored them, but if their owners gave attention to a stuffed dog, their pooches’ behaviour changed dramatically, sparking snapping and snarling at the stuffed toy.

The discovery shows that while dogs may be man’s best friend, there’s still a lot that we don’t know about them!

Scientists believe that while dogs experience jealousy when their owners give attention to others, but if they chew up your favourite shoes, they may look ashamed but don’t expect them to feel guilty as they don’t experience these emotions.

Researchers say that the puppy dog eyes are not a sign of guilt, but their reaction to being scolded.

While dogs may not see colours as vividly as we do, they only have two cones in their eyes to detect colours (humans have three), meaning that dogs can see colours on the blue and yellow scale but cannot distinguish between red and green. Dogs do, however have better night vision.

Dogs can see UV light and don’t need a compass because they can sense the earth’s magnetic fields. It’s believed that they hear some of the ultrasound waves like bats.

Smarter Than We Think They Are

Research shows that dogs can understand up to 250 words and gestures and can perform simple mathematical calculations. The smartest are Poodles, German Shepherds, Golden Retrievers and Dobermans.

Dogs can shake 70% of the water out of their fur in four seconds, generating more G-force than F1 drivers experience in sharp corners

Dogs can fall in love. Dog’s brains release oxytocin – the love hormone when it interacts with humans and dogs, just the same as a human brain

Research shows that dogs are more confident exploring the world with their owner is by their side. Scientists have found that dogs owner’s smell can spark activation of the “reward centre” of a dog’s brain, hence the reason that our dogs are always so happy to see us!